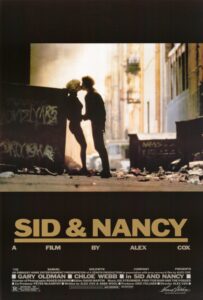 Sid and Nancy (also known as Sid and Nancy: Love Kills) is a 1986 British biographical film directed by Alex Cox, co-written with Abbe Wool, and starring Gary Oldman and Chloe Webb. The film portrays the life of Sid Vicious, bassist of the punk rock band the Sex Pistols, and his destructive relationship with girlfriend Nancy Spungen. The film also features supporting performances from David Hayman, Xander Berkeley, and Courtney Love.

The film premiered at the Cannes Film Festival in May 1986, and was released theatrically in the United States in November of that same year.[2] Although it failed to recoup its production budget at the box office, the film was received positively by most critics and developed a cult following. 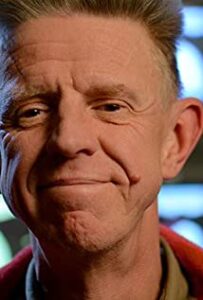 Throughout his years in the industry, Alex Cox, an English writer-director, has not only proven his loyalty and integrity to cult cinema, but also his love for it. This all began in 1977, when Cox dropped out of Oxford University to study Radio, Film & TV at Bristol until graduating in 1977. Seeing difficulties in the British film scene at the time, Cox first went to Los Angeles to attend film school at UCLA in 1977. Here he produced his first film, Edge City/Sleep is for Sissies.. The same year, Cox wrote a screenplay for Repo Man, which he hoped to produce for a budget of $70,000, and began seeking funding.