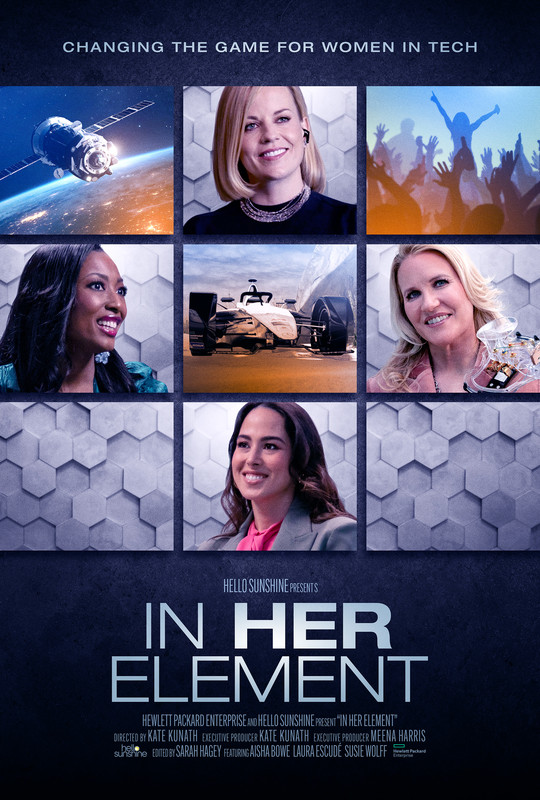 In Her Element is from Reese Witherspoon’s media company Hello Sunshine and HPE, about the next generation of women in technology. The film features three revolutionary female pioneers using technology to advance their fields, while inspiring other women to join them in breaking through barriers. The film is hosted by lawyer and best-selling author Meena Harris, who leads a conversation with the three subjects — a rocket scientist, a music engineer and a team principal for a Formula E racing team.

Filmed with state-of-the-art XR, “extended reality” technology, the physical backdrop of the interviews is an immersive screen where documentary elements are deployed and interacted with to illustrate, contextualize and energize the conversation.