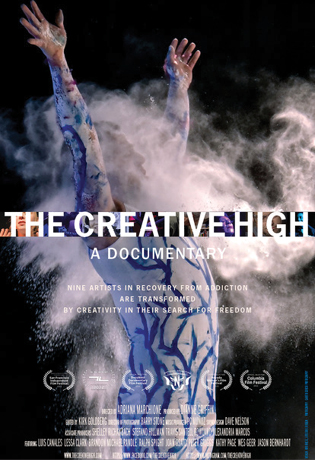 The Creative High is a documentary film featuring nine artists in recovery from addiction who are transformed by creativity in their turbulent search for identity and freedom. Their stories reveal how art has been a ballast while confronting old addictive habits and finding a new “high” through a creative life. Bringing the viewers into the worlds of hip-hop, drag performance, punk music, and featuring artists who create dance, theater, and visual art, The Creative High projects a message of hope in an ailing world. 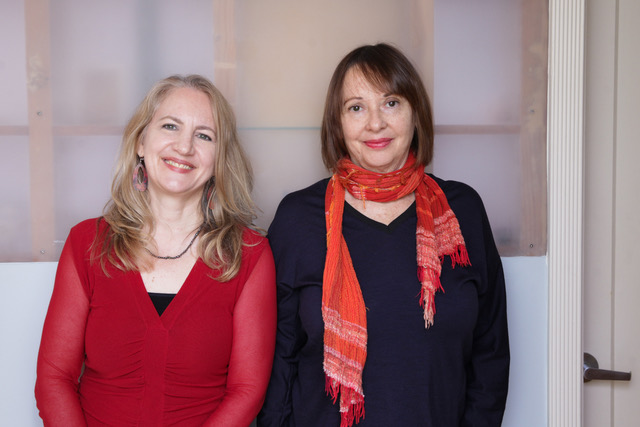 Adriana Marchione, Director has been involved in the arts for over thirty years as a filmmaker, dancer, photographer and is internationally recognized in her work as a movement-based expressive arts therapist and educator. Since 2002, Adriana teaches and presents her creative healing approach, with a focus on addiction, eating disorders, trauma and grief, at festivals, conferences, and treatment centers including South by Southwest, National Council on Alcoholism and the world renowned Tamalpa Institute. Adriana’s first film, When the Fall Comes (2014), was a short documentary based on her own life story encountering grief and loss. When the Fall Comes was translated into French and Korean and streamed in universities across America and Canada. She has been in recovery from alcoholism for 29 years and was awarded Artist of the Year by ‘In Recovery’ magazine in 2016. Adriana was born in Washington DC but now resides in San Francisco, California.

Dianne Griffin, Producer is an award-winning documentary filmmaker, teacher, public speaker and has been making films for over 30 years based in San Francisco, California. Creating through the lens of a woman, Dianne makes documentaries that explore the uniqueness of the ordinary, catching moments that become extraordinary, bringing to light valuable stories and their relation to social change, and her belief that the personal is political. Her documentaries have been broadcast worldwide and screened at theaters, film festivals, schools, universities, museums, libraries, community events and on streaming platforms such as Kanopy. In 2016 Dianne co-created the documentary Painted Nails, which follows a Vietnamese salon owner’s life-changing journey, premiering to standing ovations and sold-out shows. Her work is constantly evolving; currently she is investigating and incorporating racial equity and inclusion practices. As a filmmaker, Dianne is passionate about the exploration of what it means to be alive.