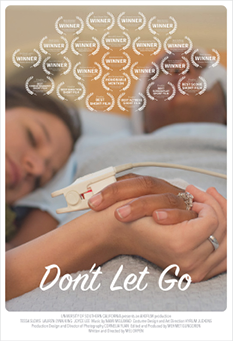 When Sam and Reggie get engaged, their future seems bright–until a terrible car accident leaves Reggie in a coma. And Sam must confront Reggie’s homophobic mother to fight for a place at her hospital bedside before it’s too late. 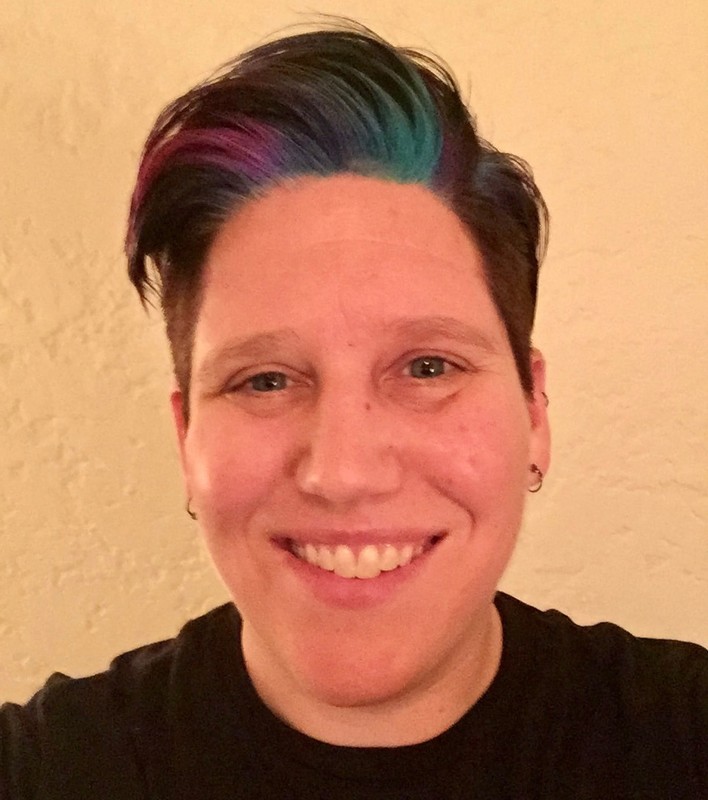 Mel Orpen is an award winning director and writer with her MFA from USC’s School of Cinematic Arts, where she was the recipient of the Mary Pickford Endowment and Barbara Corday Fund scholarships.

Mel has directed 17 short films, 3 of which are currently on the festival circuit and all have received multiple Best Short Film and other award nominations—including the comedy short, “Action Movie Trailer,” which has received two Best Short Film nominations.

Along with lighter fare, she’s focused on personal dramas about issues of injustice and social inequality. Mel wrote and directed her debut dramatic short film “Don’t Let Go,” based on her experiences with LGBTQ bias surrounding the death of her fiancé. Currently nominated for 9 awards, including 3 Best Short Film awards. it will be making is North American premiere at the Idyllwild Festival of Cinema.

Mel’s feature film script, “Typhoid Mary,” was shortlisted for the Alfred P. Sloan Award for Best Screenplay at USC. Her short script, “Your Teeming Shores,” was shortlisted for USC’s Advanced Narrative Production Workshop. And her TV pilot “The Naked Truth,” based on her unique childhood, has received network interest and she will be taking it out later this year.

As a child, Mel fell in love with the epic tales of King Arthur’s knights as they strove to make the world a better place. To her surprise, learned she could earn a degree from Princeton University studying English and Medieval Studies, where she was also an All-American Division I Varsity student-athlete. She started her career in genre publishing but fell in love with film and TV after crewing on an indie feature. She began writing, then relocated to Philadelphia, where she networked her way from film festivals to working on set.

In preparation to direct, she studied acting, improv and sketch, became a company member in the Ward Studio Company International Residency, a Meisner Technique theater company; and main stage performer for the Philadelphia Improv Theater Company.

Mel produced and directed “It Gets Better—Philly’s Video,” the City of Philadelphia’s collaborative It Gets Better Project video featuring former Philadelphia Mayor Michael Nutter—which was featured in the “One Day on Earth” global documentary feature film project.

After losing her fiancé and facing LGBTQ bias, Mel earned her Political Fellowship from the Center for Progressive Leadership, was selected for the Gay and Lesbian Victory Fund’s national Campaign and Candidate Training program, then helped elect Pennsylvania’s first openly gay state Representative. She also lead actions and campaigns in support of LGBTQ civil rights; was a Community Board Member for The Daily Intelligencer, her hometown newspaper; and volunteered on behalf of literacy, social justice, and reproductive rights.

Through these experiences Mel realized storytelling won campaigns and chose to become a filmmaker to tell transformative stories to address the issues that we face as a society by focusing on telling stories centered on complex women and diverse LGBTQ characters dealing with issues of social justice and equality.

Mel continued to serve her community at USC as the Graduate Council Production Division Representative (alternate), US Comedians Executive Board Member and Social Chair, as a member of the Queer Cuts LGBTQ film club and the Women of Cinematic Arts where she also serves as a mentor. She was inducted into USC’s Delta Alpha Pi academic honor society.

Mel is an active member of Women in Film and JHRTS.

She has also worked as the assistant to veteran director Andy Cadiff.

She is a proud dues paying member of SAG-AFTRA.