Considering arguments and issues with her husband, Sara is hesitant to choose between aborting their child and immigration, or staying in her country. By realizing the truth about her husband, she makes up her mind and plans for a new future. 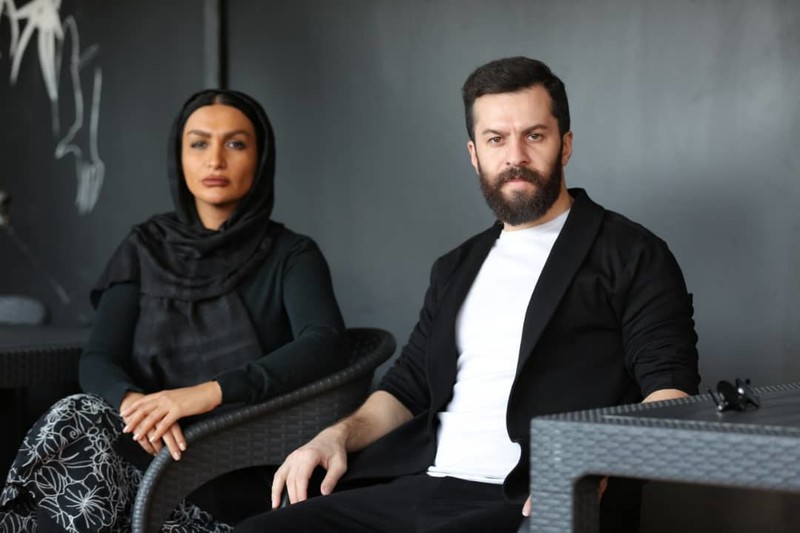 Sahra Fathi is an actor, writer and stage director.
She is a graduate of theater directing, also the manager of Diyar Company in Canada. Acting & directing plays such as “Decolore, Volpone, South, Tehran Belgrade, Carol of a hundred thousand Ophelia in love, You were busy dying, ٰThe Pin”. She has also directed some plays: “The Geraniums, Disconnect, Bad Theater, The Bald Soprano, Maar Bazi and The Night”. She has also been the producer of some of these works. Screenplays such as Sharif Subway, Halva, The private cell and The Poetess are some of her recent works.
During her artistic career, she has had several stage performances in Europe and Canada.
Saeed Dashti, Director and actor، Masters degree of Directing، Born: 1991، Artistic Experience in cinema: Directing short films: Libido، O2، secret, Eight to eight twenty minutes,A poetess.
And as Actor: in feature & short movies: Watching this movie is a crime, Blonde, The last shower, blind
Cocoon and …,Awards and festivals: Attended in the 19th International Filmfront Serbia Film Festival with Libido, Attending Napoli Festival of Human Rights in Italy with the film , Libido
Attended in Vancouver Independent Film Festival (Libido), Attending the 11th celebration of Iran ISFA Short Film Academy, Cinema House , Libido,Winner of the Best Actor Award at the Tadbir National Film Festival,Nominated for Best Actor in the 33rd Fajr International Theater Festival,Winner of acting, directing and set design awards at national and provincial theater festivals and …